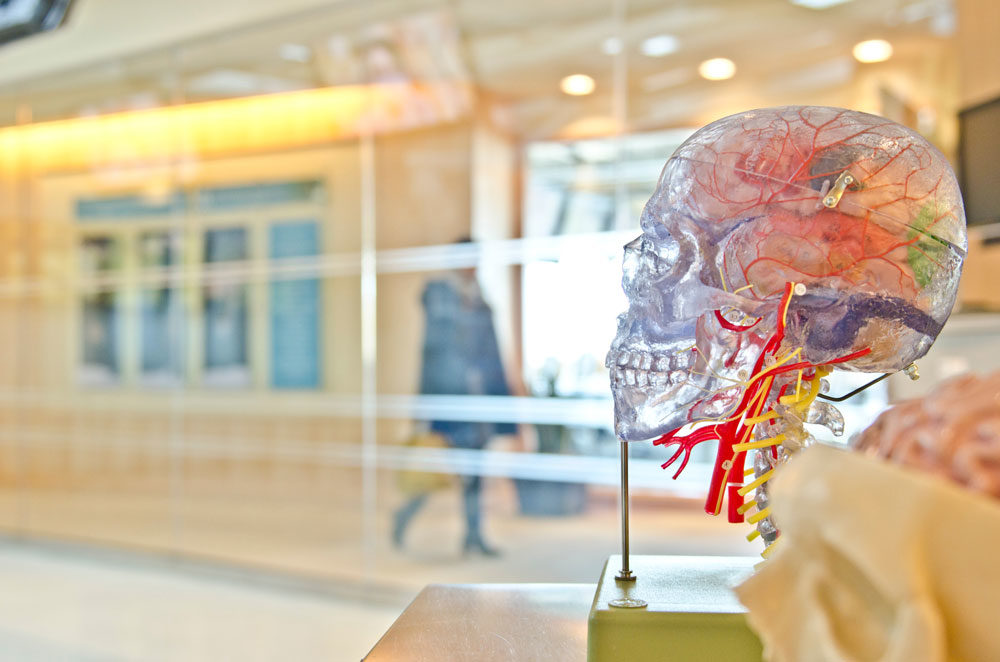 Brain Awareness Month brings with it increased publicity around neurological conditions and injuries of the brain and spinal cord, and the need for greater public awareness of the progress and benefits of brain research. Brain Tumour Research are marking the occasion with National Wear a Hat Day (29/03/2019) and neuroscience research groups prepare for a flurry of lectures and conferences to impart the latest news and updates from the field.

Professionals and clients alike, know about the roles of neurologists, physiotherapists, occupational therapists and speech and language therapists in treating clients and getting them on the road to recovery, but it is very rare that we hear about Clinical Neuropsychology as a therapeutic discipline. When we break a leg or lose sensation or movement in a limb after a stroke, a physiotherapy referral is obvious. But when behaviour, personality, emotion or thinking skills change, where do we turn?

Clinical Neuropsychologists are trained Clinical Psychologists who have advanced specialist experience and knowledge in working with clients with injuries or conditions of the brain and spinal cord. The primary rule underlying our work is to understand the link between the brain and behaviour in order to help clients adjust to, and cope with, the impact of the condition or injury to all aspects of their life. This includes supporting:

Neuropsychologists work with a client to complete assessments of psychological well-being and provide evidence-based psychological interventions such as CBT, which are tailored uniquely to the needs of clients with brain injury (i.e. adapting this to accommodate for memory difficulties). It is also our role, to provide gold-standard neuropsychological assessment to create a profile of cognitive strengths and weaknesses, so that we can inform cognitive rehabilitation programmes, as well as support clients in adjusting to difficulties. Neuropsychological assessments also let us understand how cognition may change over time in conditions such as dementia. We work with clients with an exhaustive list of diagnoses, including brain injury, MS, Parkinson’s disease, dementia, epilepsy, stroke and motor neuron disease, to name a few.

However, there is an elephant in the room in modern neurosciences, and that is the currently highly-publicised stories of contact sports “causing dementia”. So in the interest of Brain Awareness Month, let’s consider the evidence… 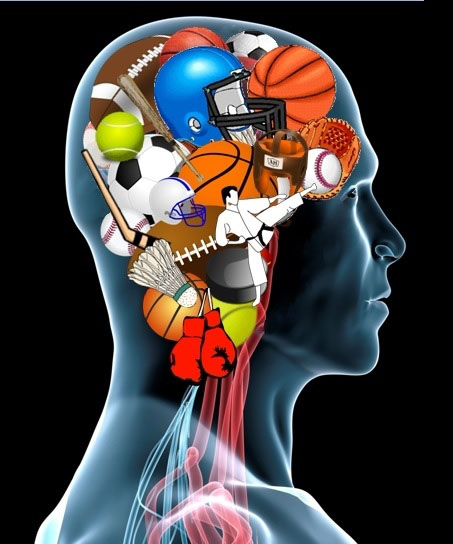 A “concussion” is a term frequently used without acknowledgement of its seriousness. It is in fact, a mild traumatic brain injury. In the US, there are 1.6-3.8 million sports related injuries of this kind, per year (Jordan, 2013).
The media coverage of the long-term risks of concussion peaked in 2005, when a little-known pathologist, Dr Bennett Omalu, investigated the brain of an ex National Football League player in the US, who died suddenly after many years of cognitive and intellectual impairment, mood difficulties, drug abuse, suicide attempts and spiralling unpredictable behaviour. Dr Omalu found a stark pattern of deterioration in his brain, with collections of a protein called “tau” – it is now thought that when a brain is shaken, brain cells are damaged, releasing the tau, which then builds up in unusual patterns (Omalu, 2005). The 2015 Will Smith film Concussion brought the story to life, and what resulted was the new diagnosis of Chronic Traumatic Encephalopathy (CTE), a form of dementia that has since been consistently linked with repeated exposure to concussive, and more worryingly, “sub-concussive” blows to the head, whilst participating in contact sport. The media has widely publicised stories of players with CTE, however some researchers caution that there is no evidence to suggest that sport causes CTE, but that the types of injury incurred in sports (and similarly in military veterans and survivors of domestic violence) are instead associated with a higher risk of brain change in the long-term.

Whilst we cannot say that CTE is caused by contact sport, there have been strong relationships shown between the two, with one study showing CTE in 110 out of 111 NFL player brains compared to 0 brains of 108 non-NFL players (Mez et al, 2017). Needless to say, as the evidence has grown, the consequences have been significant, including the National Football League, who have been sued by around 4,500 players to date, settling a lawsuit for nearly $1billion dollars.

Researchers have since shown that there are four clearly defined stages in CTE from stage one, no symptoms to stage four, advanced dementia, with symptoms of rage, impulsivity, depression, confusion, memory difficulty and disorganisation worsening in the interim (McKee et al., 2015). When we think of dementia, we think of this as a disease of older age – however the youngest football players in the US to be diagnosed with the disease were 18 and 21 respectively.

With emerging findings like this, the repercussions of ignoring the links between brain disease and risk factors such as sports participation, could be great.

In the US the National Football League and National Hockey League have considered and implemented reforms to reduce concussion and improve management around brain injury, including having Neuropsychologists on payroll for nearly all teams, and the good news? recorded numbers of concussions are in decline. The contribution of Sports Neuropsychologists in the US has been invaluable in terms of understanding and supporting the changes in cognition, behaviour, emotion and personality that athletes experience. Yet, in the UK, it is nearly unheard of that a Clinical Neuropsychologist would be regularly involved with sporting teams.

Take boxing, for example, the term “punch drunk” has long been used to describe boxers with cognitive and behavioural changes. In 1937 this was labelled formally as “dementia pugilistica”, which is now considered part of the CTE dementia spectrum. We have come a long way in boxing over the past twenty years, including annual MRI brain scans for boxers and 28 day bans in the case of stoppages related to concussive blows. However, when there is evidence that neuropsychological assessment can detect and detect brain changes even in the case of sub-concussive blows, often before detection on brain scans, why are Neuropsychologists rarely involved in regular monitoring of boxers?

There is now convincing evidence of CTE occurring in other sports that are commonplace in the UK. The first studies are emerging showing CTE in the brains of former rugby players (Stewart et al., 2015) and the rates of concussion have been described as at “epidemic” levels in the sport (Marshall, 2001). In football, Jeff Astle, a former Premier League player passed away with Alzheimer’s disease, however his brain was re-examined two years later and a coroner ruled that he in fact had CTE, concluding that this was directly linked to his profession. There have since been questions about the impact of heading the ball in football. In Mixed Martial Arts, often considered “safer” than boxing because of the higher proportion of body-blows, there is an estimated 1 concussion in every 3 bouts. Even equestrian sports are associated with one of the highest rates of brain injury in sport (Zuckerman et al. 2015).

And what of other types of difficulty? Sports related head injury has also been linked with other neurological diseases, including Parkinson’s disease, Lewy Body dementia, fronto-temporal dementia, Alzheimer’s disease (reported in McKee et al., 2013) and most recently, and quite devastatingly, Motor Neuron Disease (Blecher et al., 2019). Motor Neuron Disease has a life expectancy of 2-5 years once diagnosed, and has been in the public eye over the past few years due to a series of high profile Rugby players, dying and being diagnosed with the condition.

So where do we stand?

The research is undoubtedly in its infancy in this area, and we do not have certainties about causal relationships between brain change and sport. But what we do know, is that there is a strong relationship between the types of head trauma incurred during sport, and both acute and chronic long-term neurological changes.

With this in mind, should we ban all contact sports? My opinion, is no(!!) and I consider that this very question is why this topic is key to Brain Awareness Month. I worry that in releasing blanket statements about bans and restrictions, that we are alienating a proportion of athletes, and governing bodies, who would otherwise seek support, access brain awareness training and consult with Neuropsychologists for advice and monitoring. One recent research paper recommended post-fight neuropsychological assessment for boxers as a key target (Heilbronner et al., 2009), yet this simply does not happen.

We work by the principle that as long as individuals make an informed decision and that they have the mental capacity to do so, then the decision stands. This applies to our athletes competing in high-risk sport. However, this raises key questions:

Are our athletes, teams, coaches, trainers, managers, promoters etc. fully informed regarding Brain Awareness in sport?
In my experience, the answer is “not usually”. I was once asked by a key professional, high up in the hierarchy of a popular contact sport, “what’s a neuropsychologist then?” and when athletes take it upon themselves to access our services, they are often horrified by the level of research out there that they do not know about.

Would it change their choice to participate? No – and that’s not what we would encourage. But it is my opinion, the old cliché that “knowledge is power” has some truth; incorporating Sports Neuropsychology into all teams and gyms would undoubtedly lead to a better uptake of processes such as regular neuropsychological monitoring of cognitive change and regular training around brain injury symptoms and prevention, which could only benefit the safety of our athletes.

On a final note, I wonder how many clinicians and therapists see a client with cognitive and/or emotional changes and ask about a history of head injury or participation in sport? When I worked within general mental health, this really was not on our radar, however in the spirit of brain awareness month, the importance of being brain aware may very well make the difference.

This is a Guest Post by Dr Charlotte Mawbey